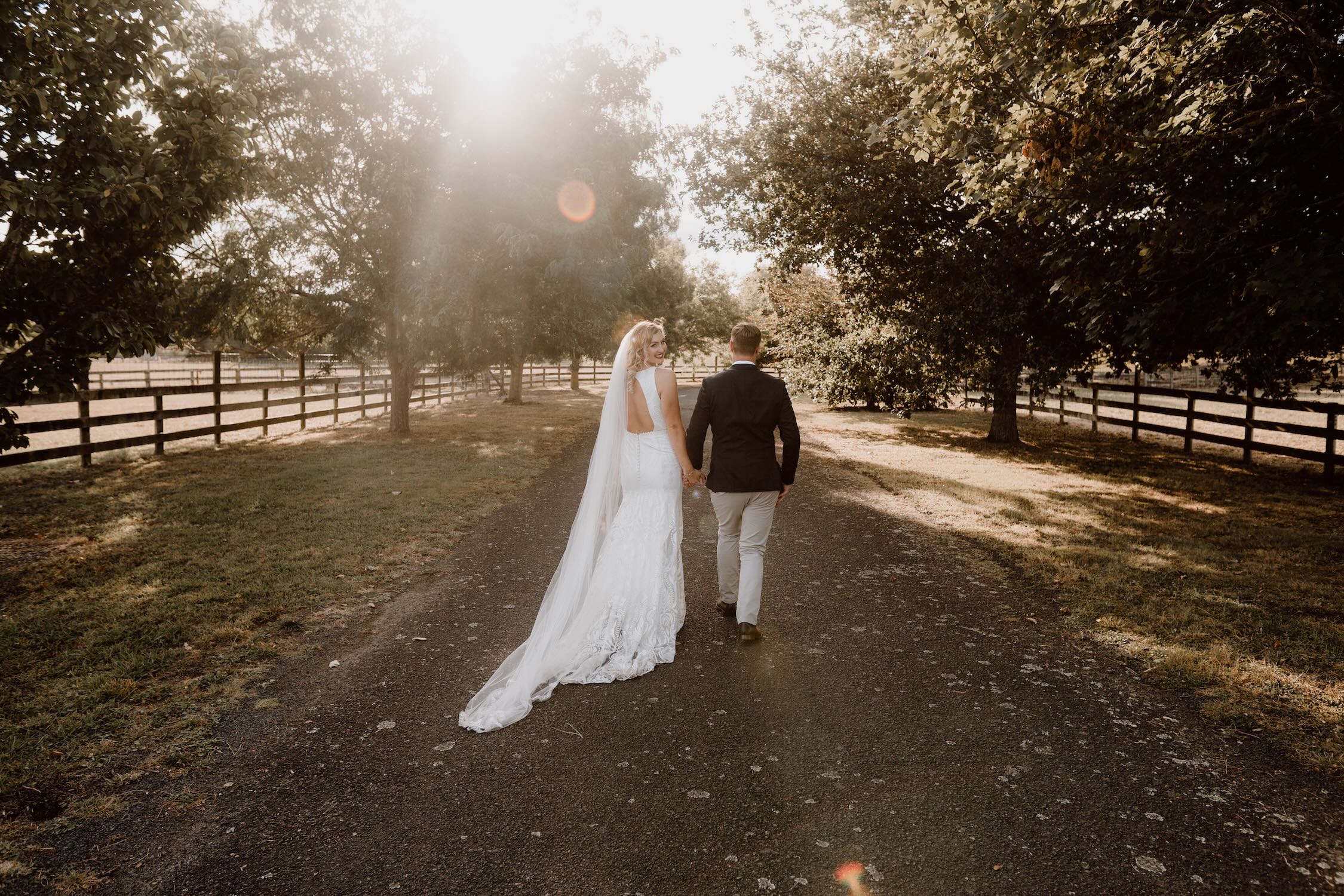 Melanie and Blake met through mutual friends, having had seen each other at a few parties. It was at a friend’s 21st that they actually started talking to each other. In the middle of the cave at Cathedral Cove, Blake proposed to Melanie. In what Melanie describes as the quickest proposal ever - while someone was taking their photo Blake dropped to one knee, said will you marry me before shoving the ring in Melanie’s face!

Melanie wore the Florence by Rish Bridal, “I wanted something simple but a little different and the patterns on the dress were so amazing. It fit my body so well with no adjustments needed, so it was already made for me. Dee also went above and beyond by taking some of the pattern that was in the sleeves I wasn't using and added some of the detail into my veil to just tie everything together”.

The lead up to the wedding was stressful for Melanie and Blake, with many important guests unfortunately catching covid they quickly adjusted their guest lists. Many tears were shed when the day finally arrived… they thought nothing else could go wrong that was until the power went out minutes before Melanie was due to walk down the aisle! When power was restored, nerves dropped away as they set out to have the most amazing day that they had been dreaming on! The day was filled with family, friends and plenty of booze! Congratulations Melanie and Blake 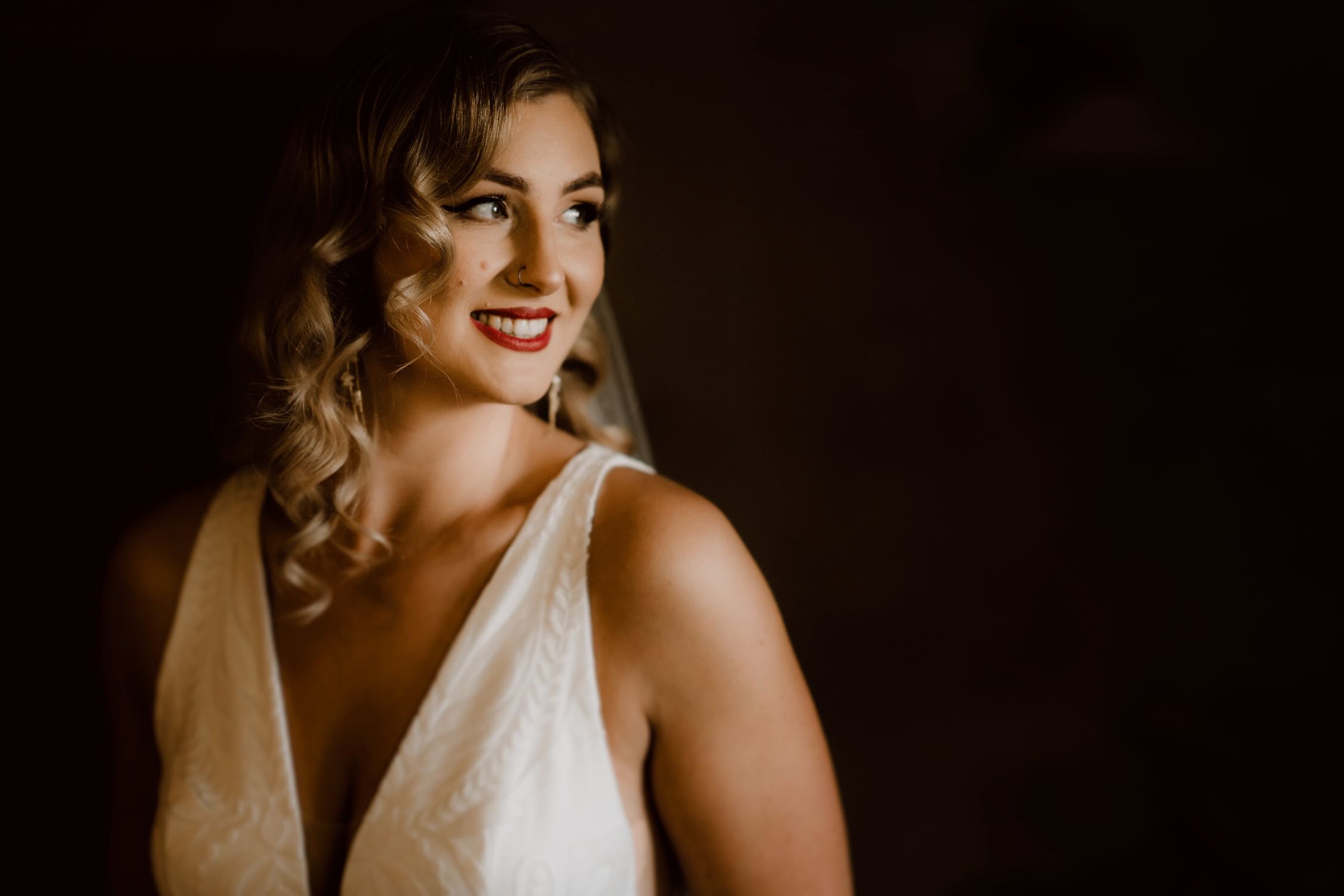 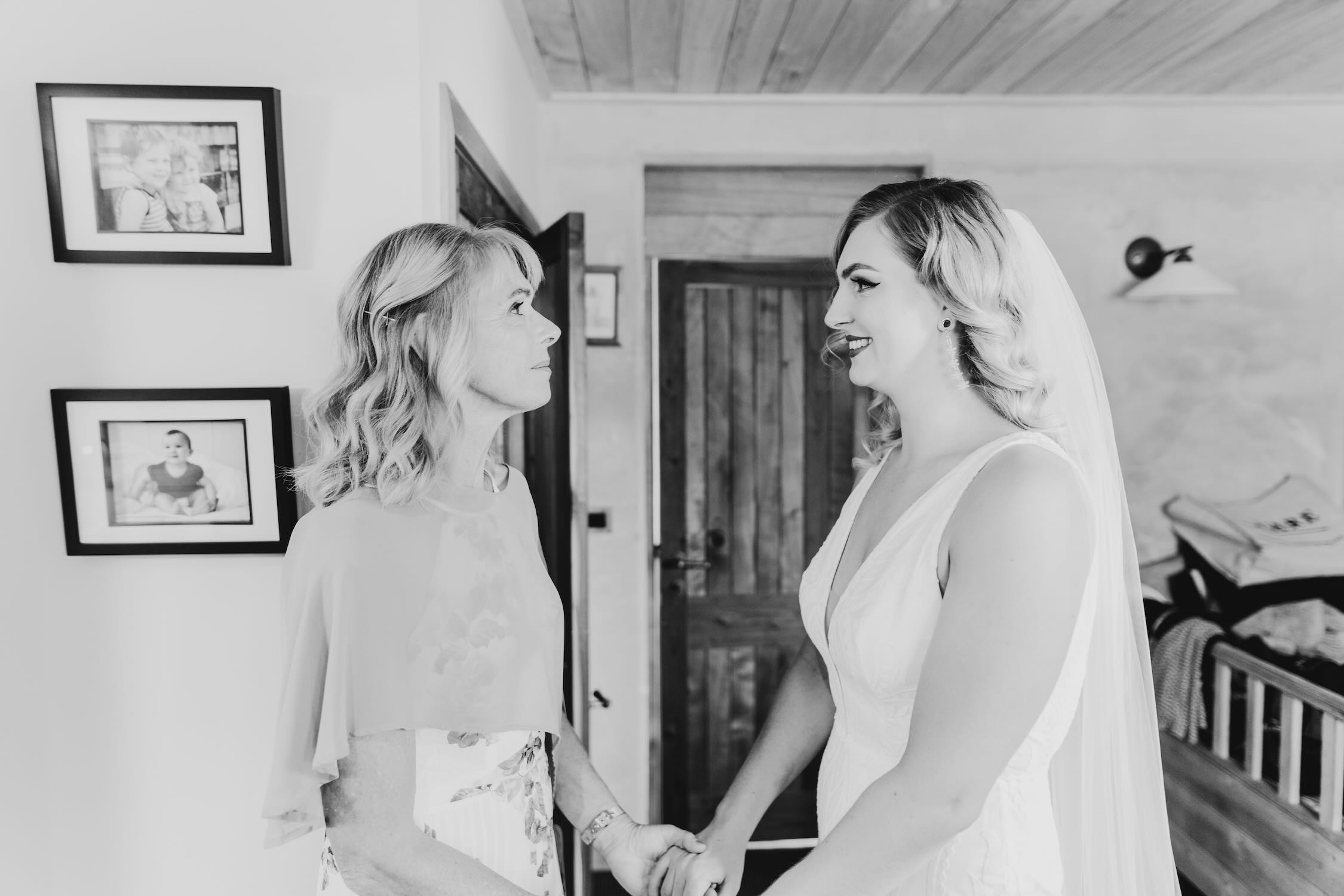 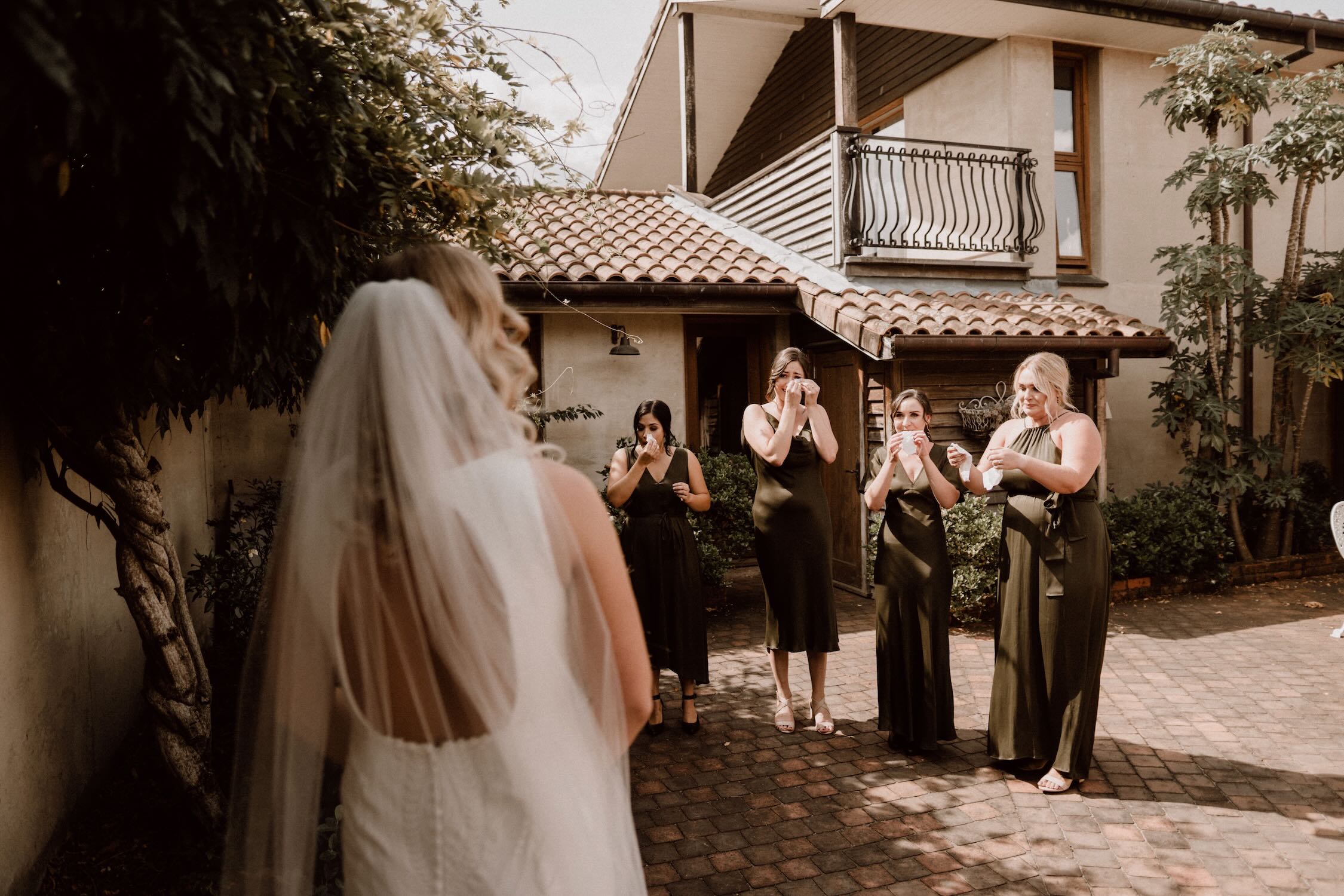 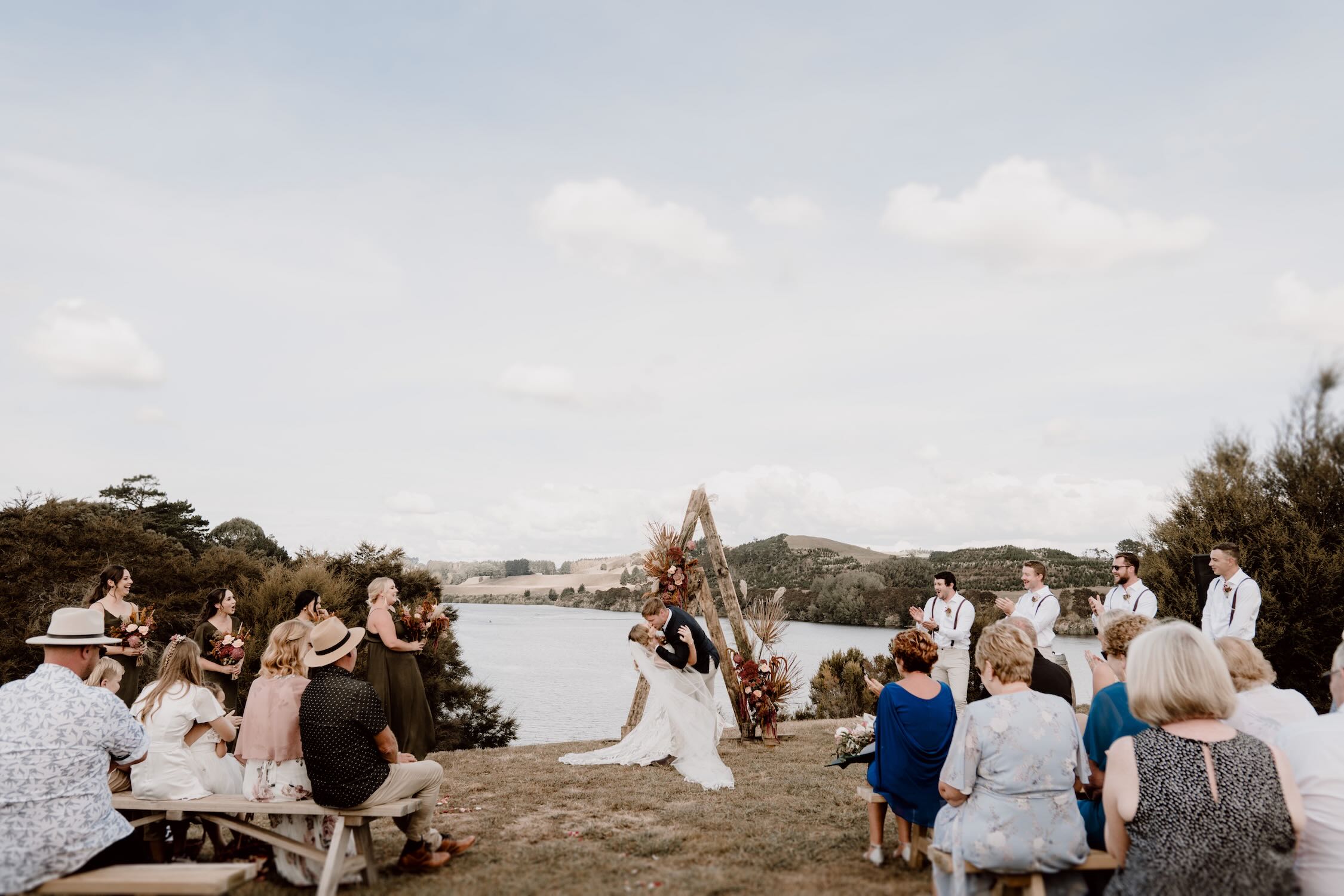 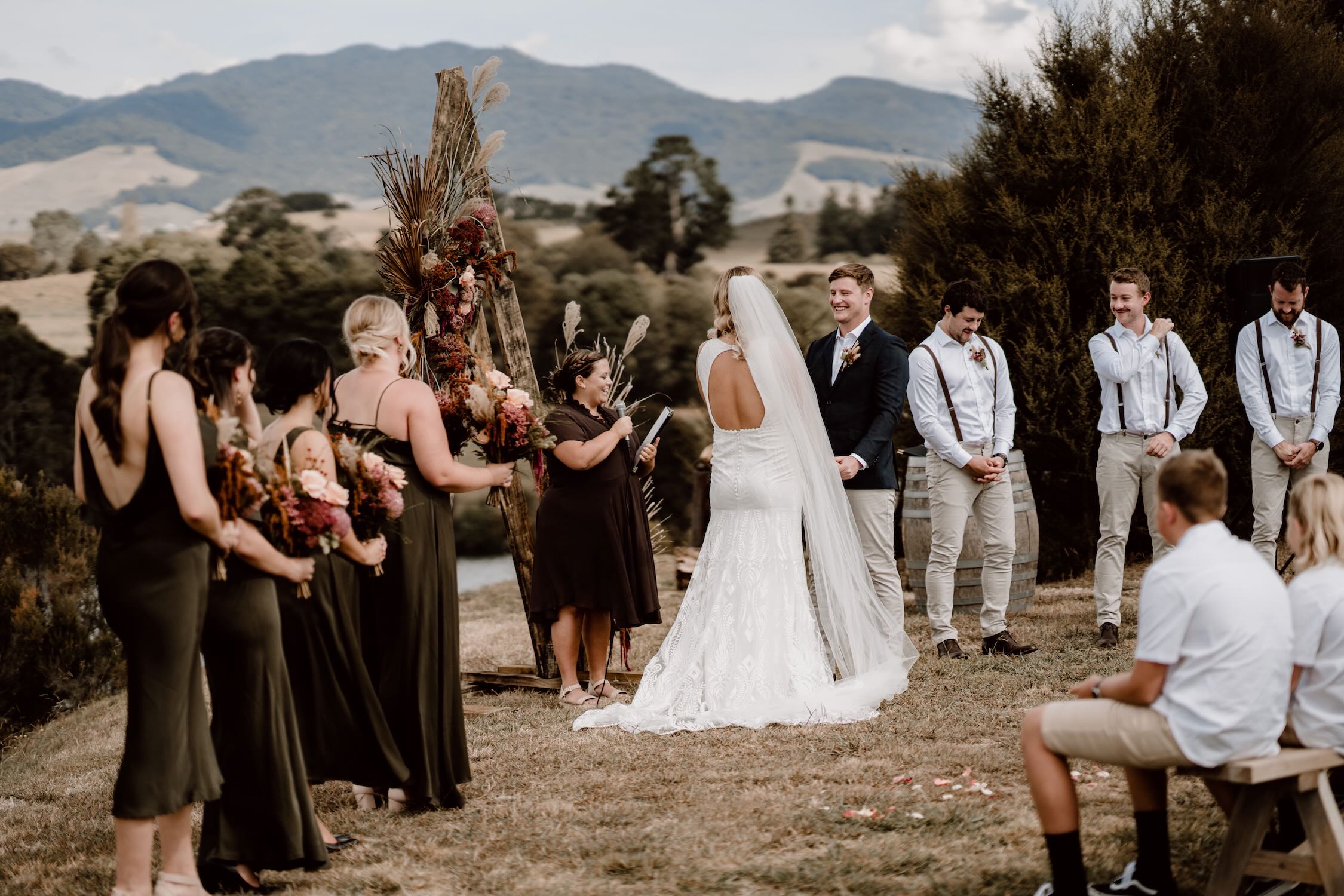 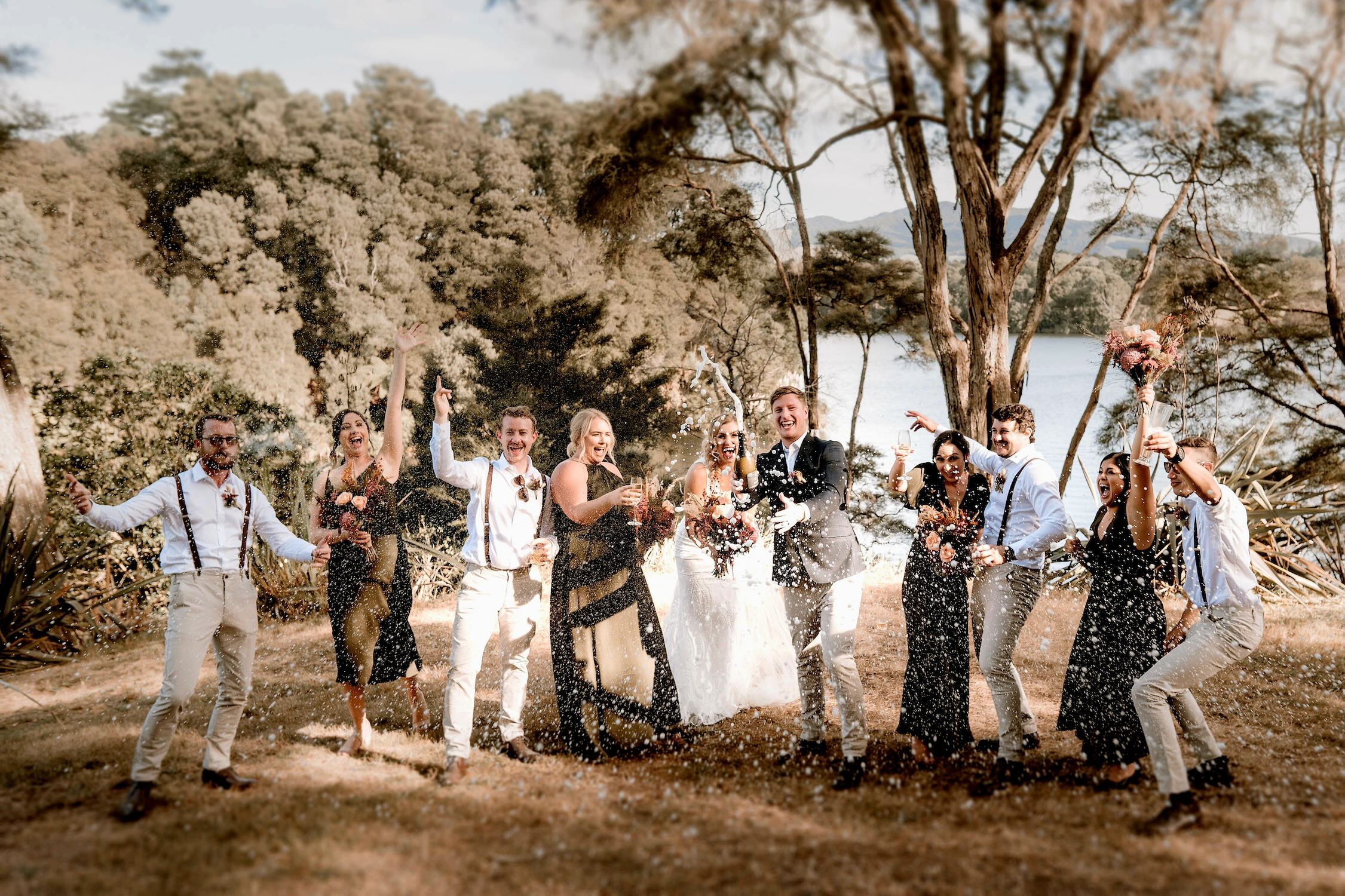 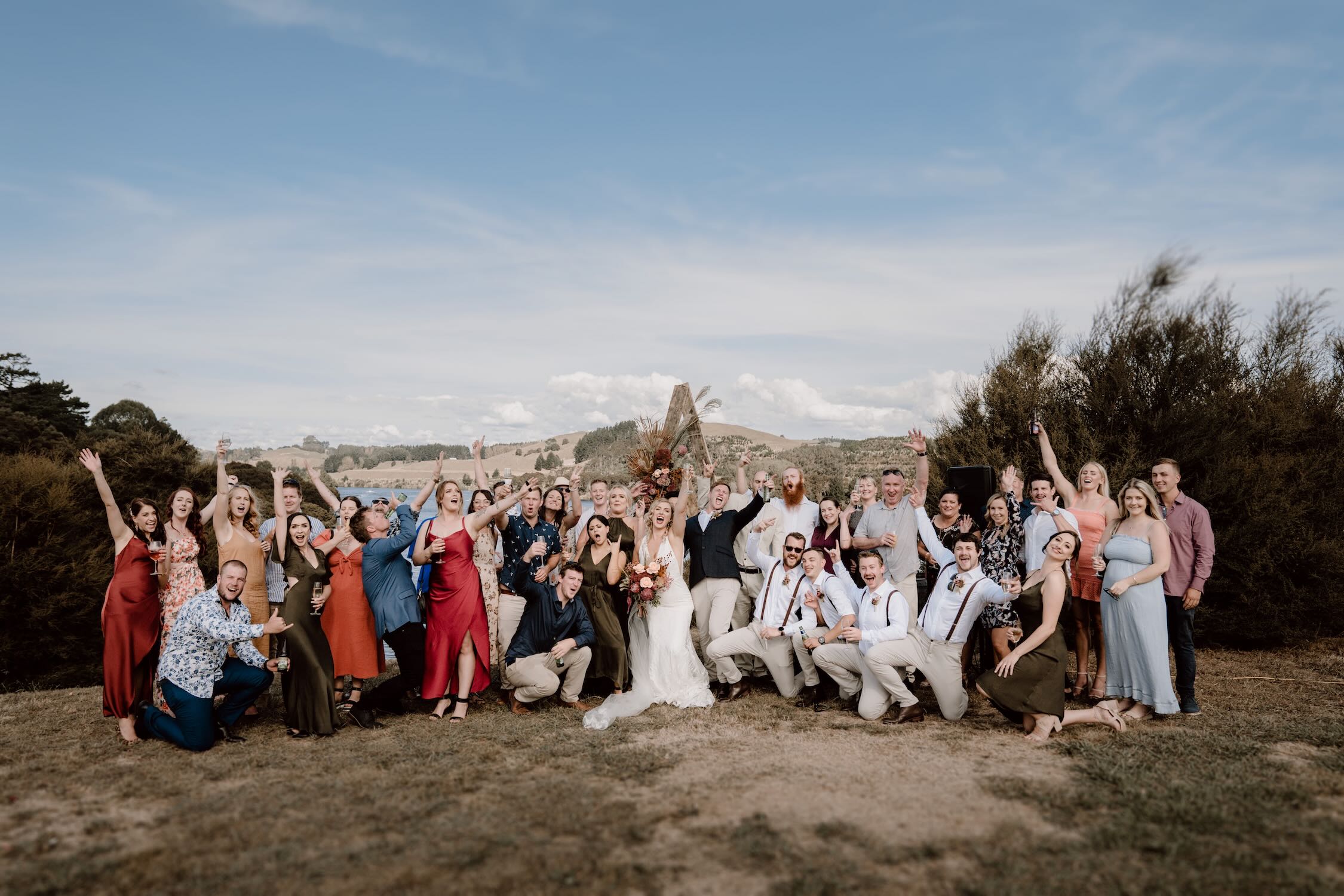 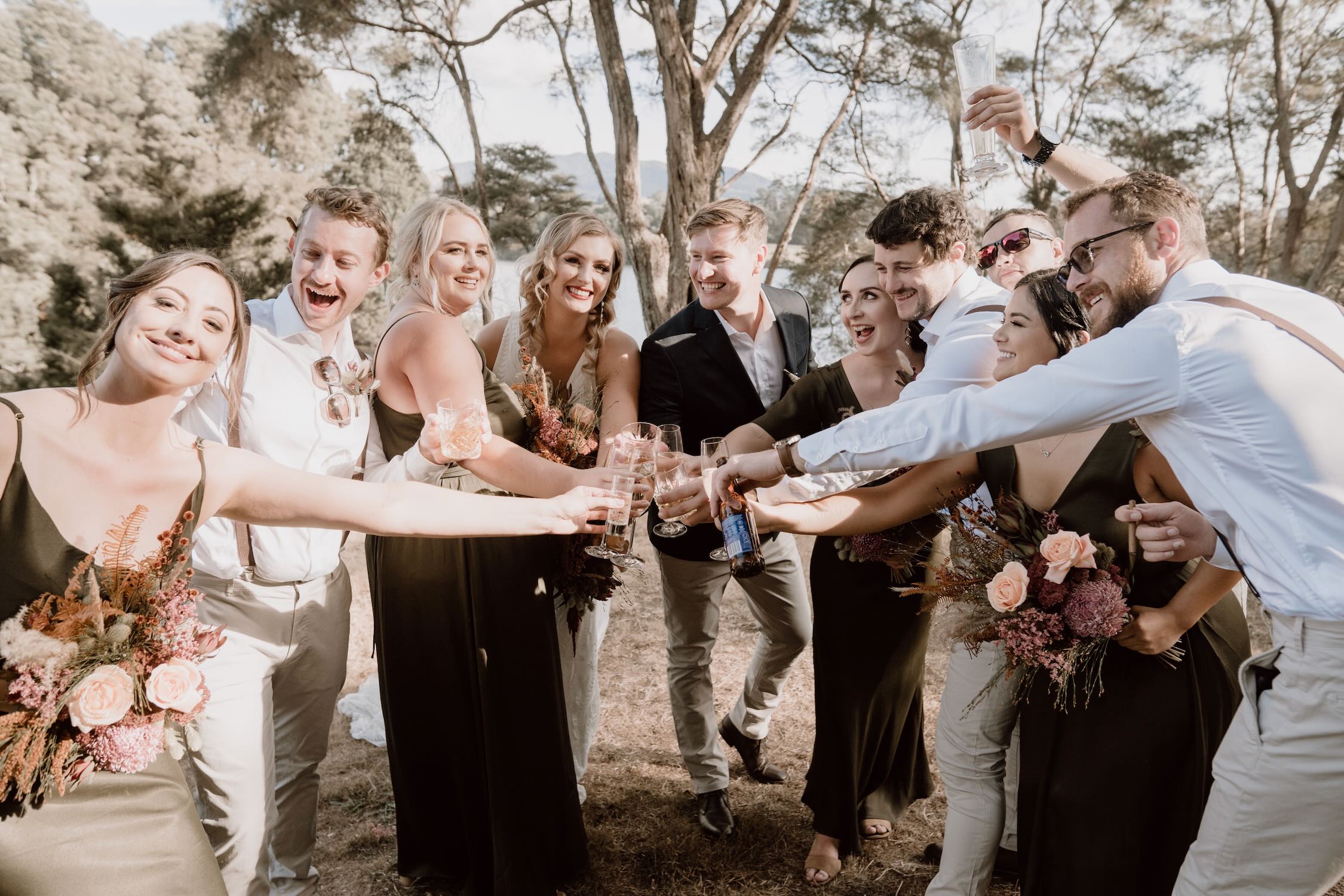 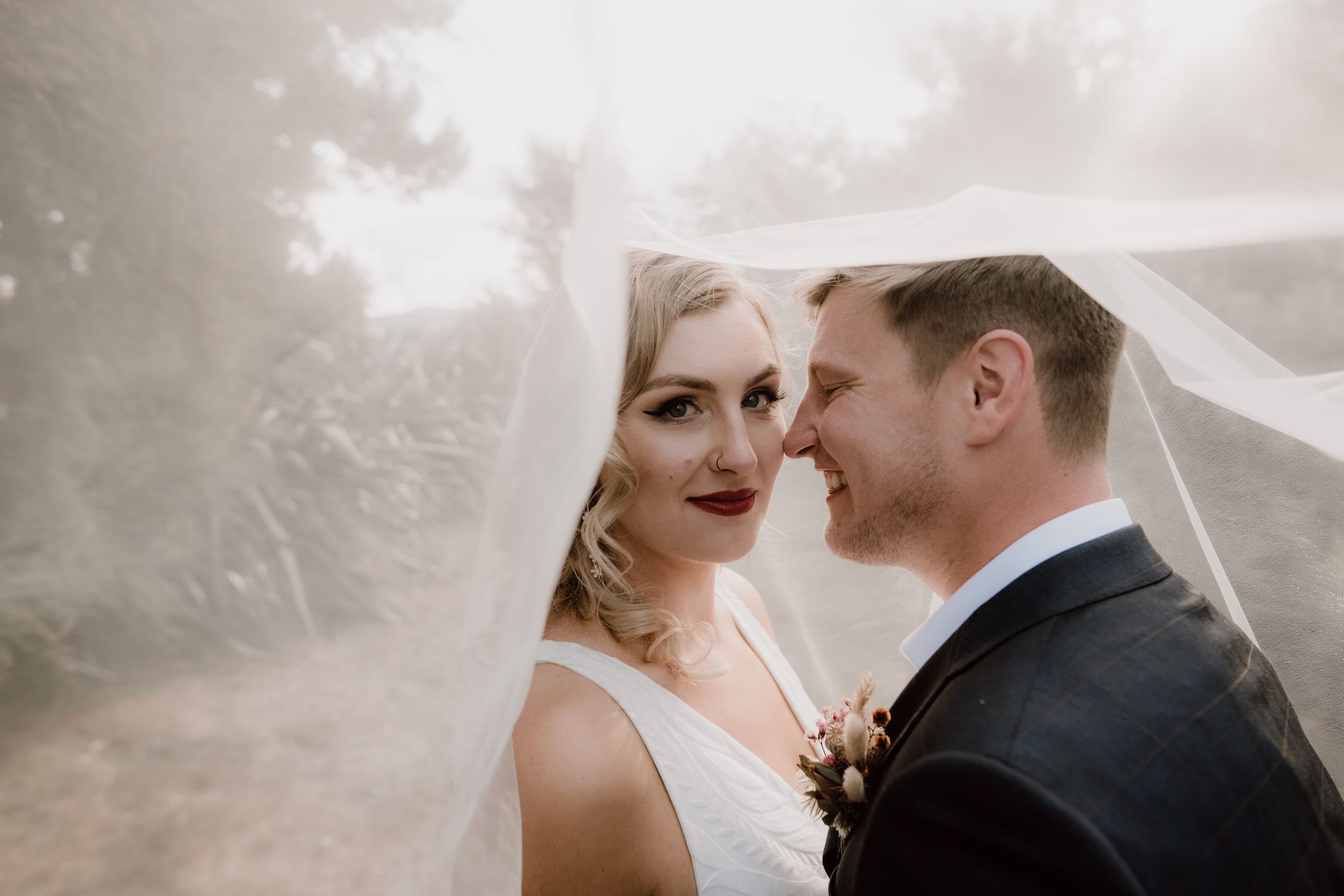 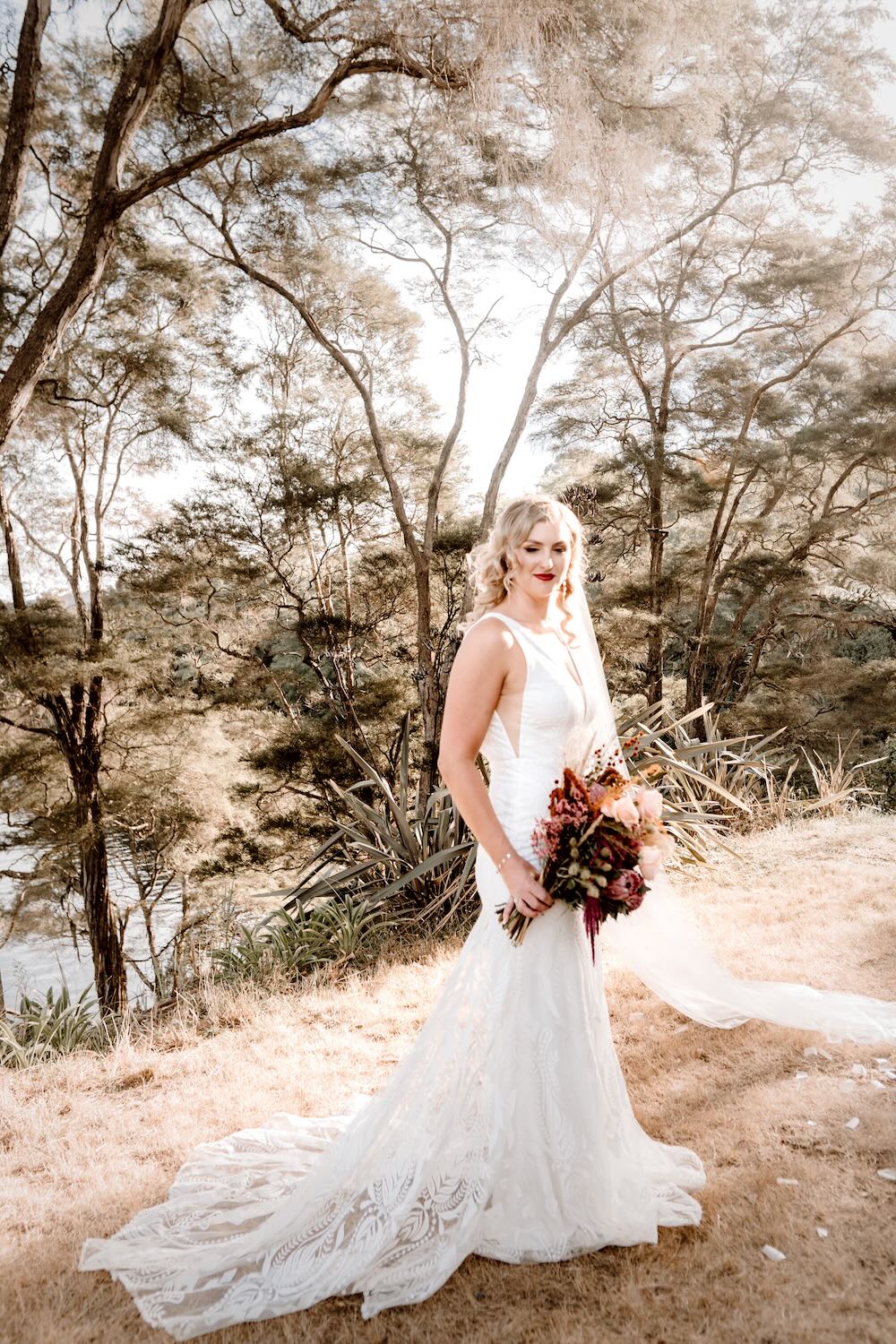 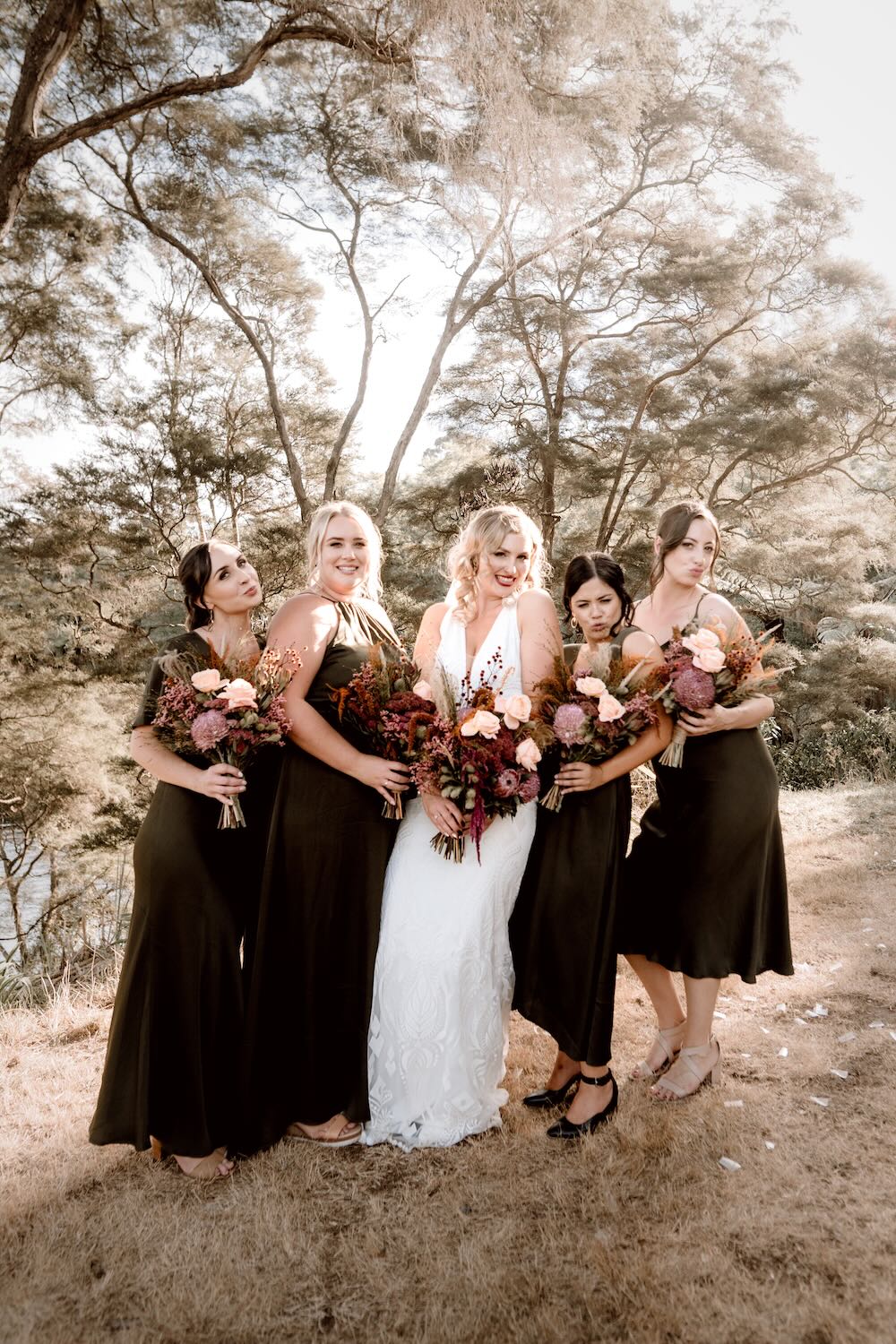 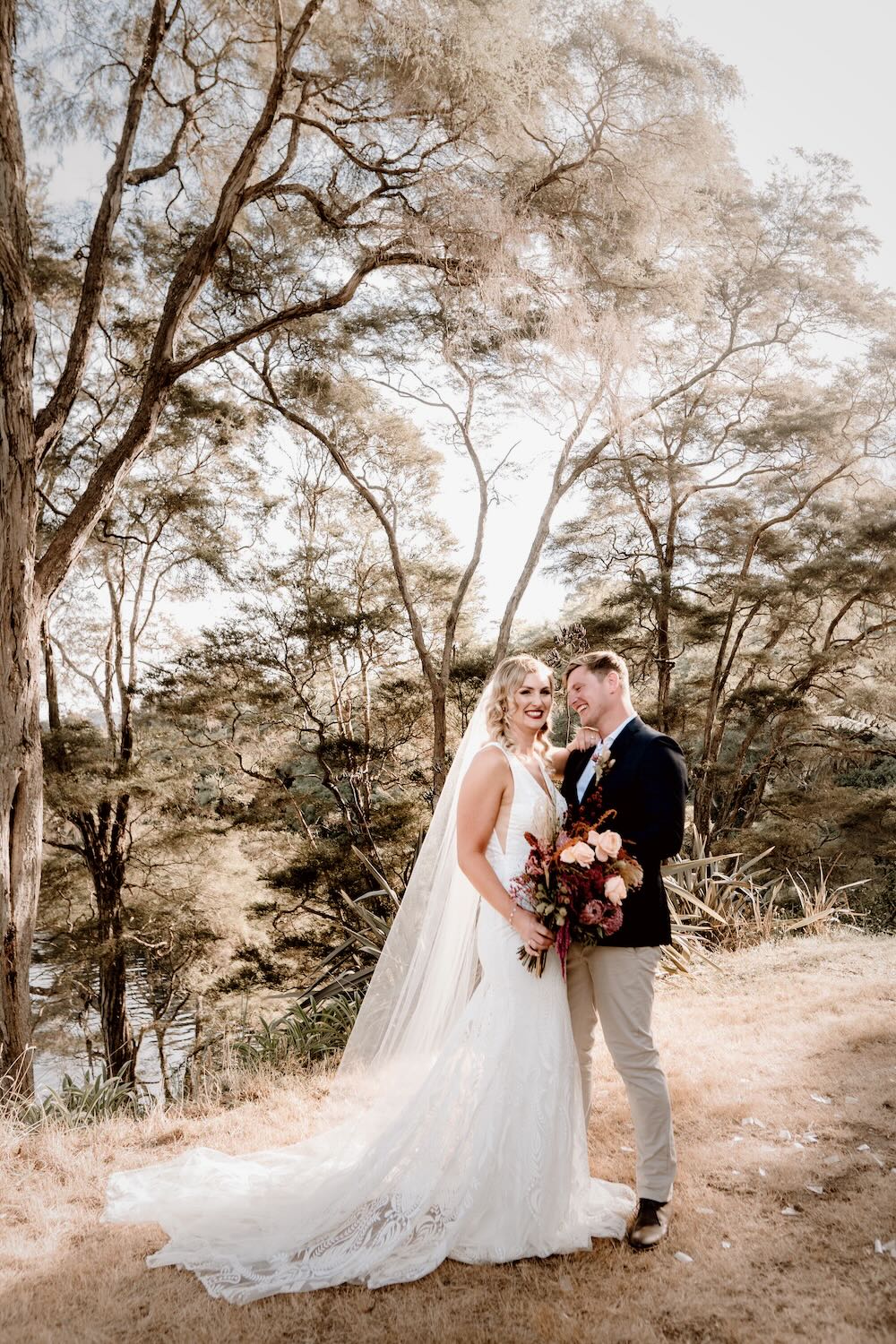 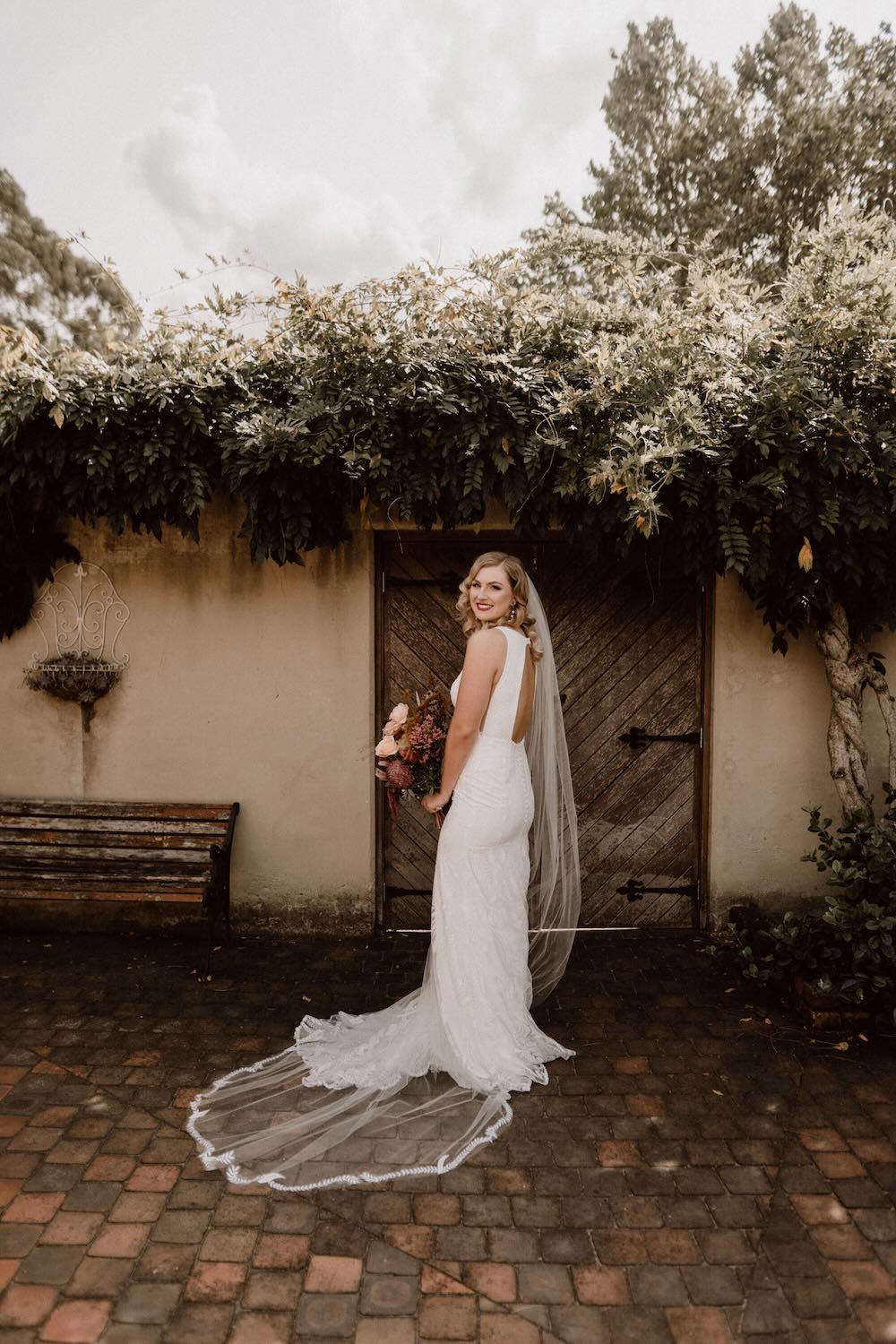 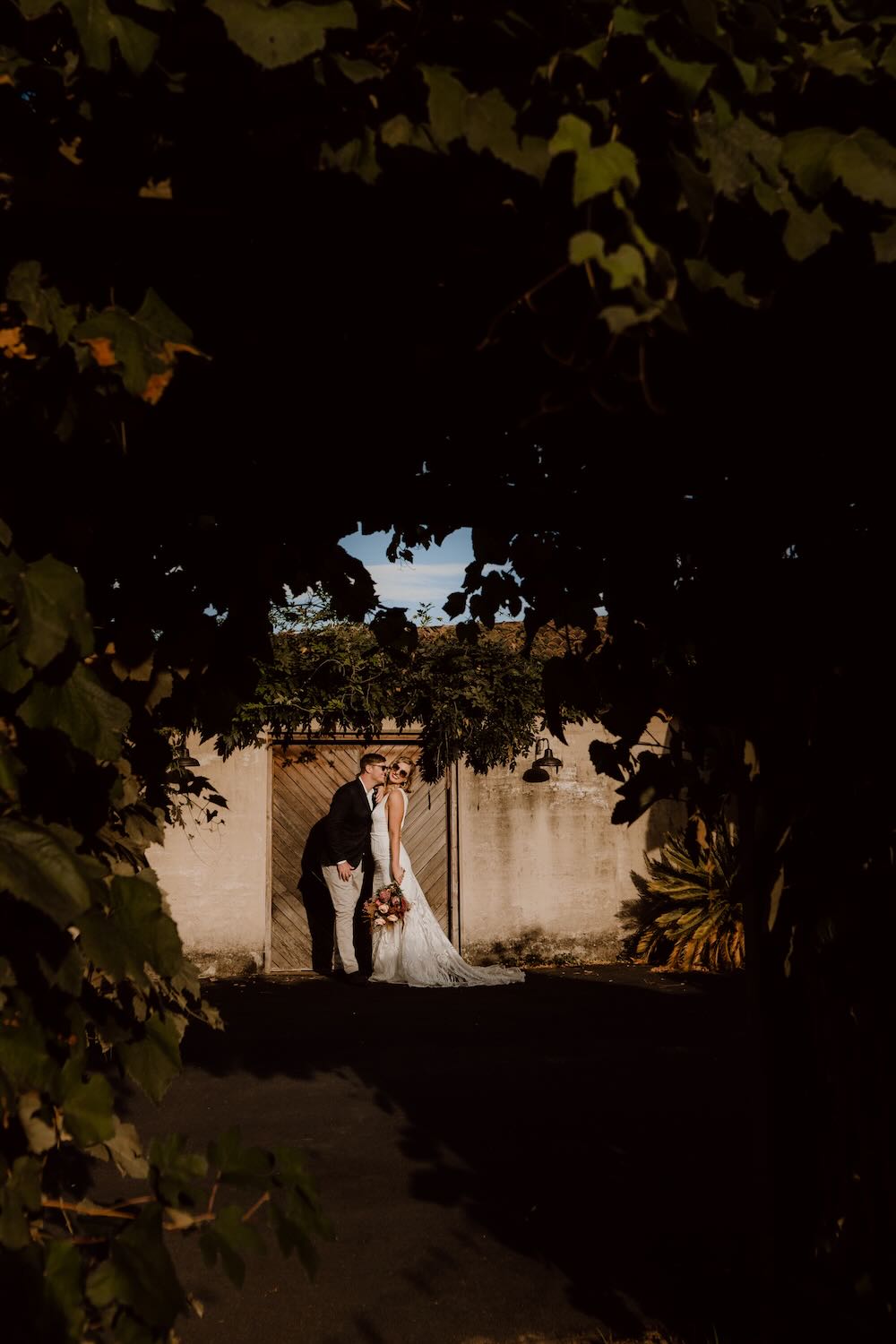 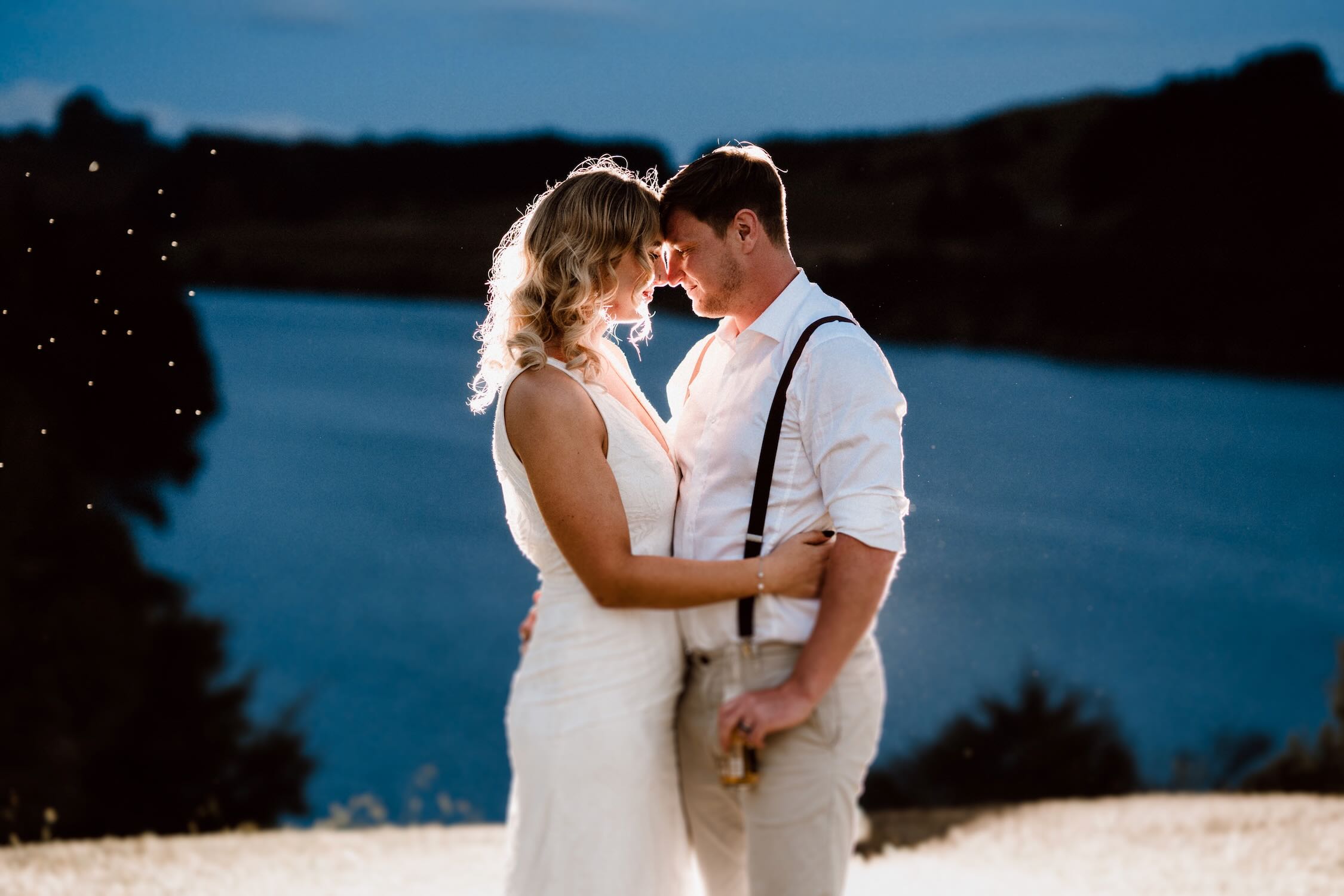 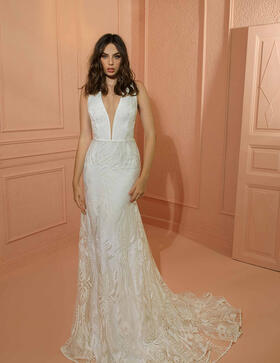